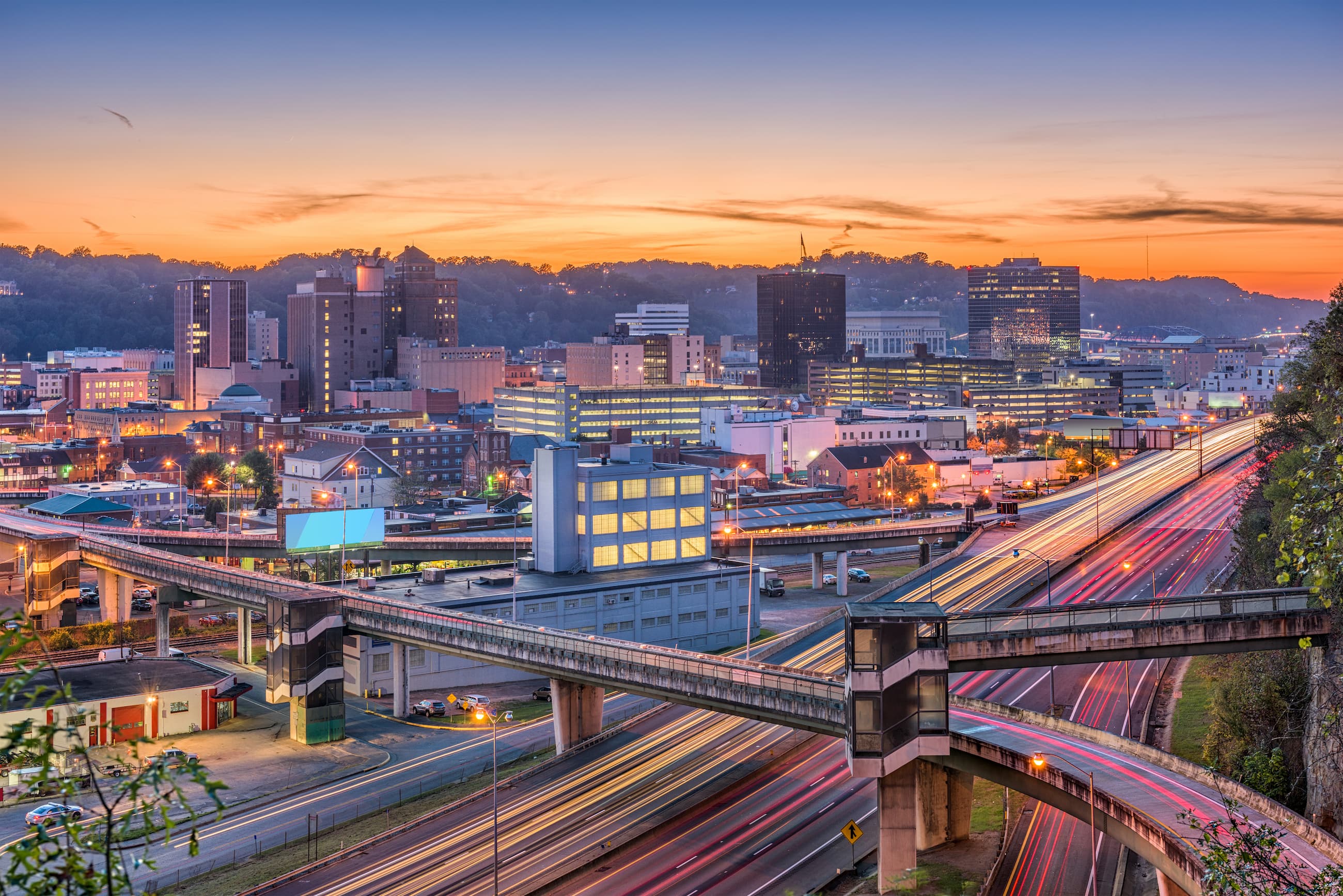 Superteams! Coming to a Workplace Near You 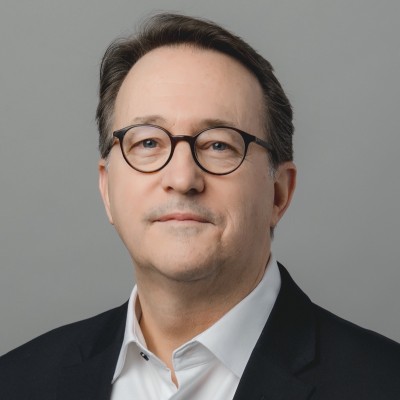 When most people hear the term “superteam,” they think of sports. Or maybe Marvel superheroes teaming up to save the world. But super teams have always been a part of everyday life. Think governments, markets, communities. These entities, and their combined talents, have accomplished far more than any one individual could.

Our 21 Trends for 2021 report talks about a new kind of superteam: one that is reshaping the workforce, with the potential to change, well … everything. This superteam partners humans with artificial intelligence (AI) to go further and faster than superteams of the past.

According to the World Economic Forum, machines will do more work than humans by the year 2025. But this workforce shift will actually create 58 million net new jobs as a result. New skills are appearing as fast as old skills disappear. For example, the top growing skills in IT include Application Programming Interface (API) development and Kubenetes, an open source container program, where demand has grown 131% in just four years.

People tend to fear that AI will take their jobs, but the reality is AI is far more likely to make their job easier. Most applications of AI focus on automating certain parts of a job to aid humans in other facets of their work. There are a few parts of AI, so let’s discuss their ‘roles’ in this new world of superteams.

Robotic process automation, or RPA, is the use of software or software-powered “bots” to standardize and automate repeatable business processes. RPA performs the same way every time. It doesn’t learn from one repetition to another, and it’s incapable of coming up with a better way of doing a programmed task. AI, on the other hand, is designed to learn and reason (based on built-in contextual rules), and self-correct as it learns from failure.

RPA technology is used heavily in call center operations, data entry and claims administration procedures, and RPA-powered robots are being used on the production floor for various assembly or packing tasks.

Examples of AI in everyday use include voice assistants such as Alexa and Siri, traffic apps, Uber and Lyft fare structures (which are calculated as a function of demand and availability), and even email systems, which automatically classify messages according to subject and detect spam.

Artificial intelligence and robotic process automation can work hand-in-hand, resulting in a fully autonomous system. This is where the future takes hold.

The Future of AI

Research and investment in the AI field is booming. The advancement that’s acted as a true multiplier, however, is 5G. 5G is the 5th generation mobile network—capable of speeds up to 10X that of the previous technology, 4G. Simply put, imagine not needing your cable provider to provide world-class speeds in your home because your entire family can simply connect to their games and streaming services using the cell tower all at the same time. Now imagine doing that in a cabin or sitting on a boat – some of the widest broadband capabilities just using your phone as a personal hotspot. But the bigger value is for business.

According to Qualcomm, 5G and AI are two of the most disruptive technologies the world has seen in decades. While each is individually revolutionizing industries and enabling new experiences, the combination of 5G and AI is poised to be truly transformative. 5G enables edge computing, which allows huge amounts of data to be processed in real-time, and eliminates the minimal, but in some cases noticeable, lag time between an input and the moment a result appears.

Until recently, companies have been slow to recognize AI’s potential. Most respondents to a 2020 human capital trends survey by Deloitte, said they “view artificial intelligence (AI) mainly as an automation tool—a substitute for manual labor—rather than a way to augment or collaborate with human capabilities.” However, this view may be slowly starting to change. Executives responding to the 2021 Deloitte Global Human Capital Trends survey recognized that the use of technology and people is not an “either-or” choice but a “both-and” partnership.

Part of this attitude change may have come about due to Covid-19. The necessity of remote work has forced many companies to rapidly integrate AI and robotics—not just as tools, but as teammates. The World Economic Forum reported that 57.6% of U.S. companies surveyed reported that the pandemic has accelerated automation of tasks, and 44% reported that it accelerated the implementation of upskilling and reskilling programs. So, while initial concerns were that jobs would be lost, the reality is that jobs are being created. Organizations that are already automating tasks and progressing their digital transformation are most confident of increasing headcount. See our report, Humans Wanted: Robots Need You.

Perhaps the most dramatic example of AI’s use over the last 18 months has been the coalition of pharmaceutical giants (AstraZeneca, GlaxoSmithKline) and universities (Oxford, Cambridge), who used collaboration technologies and data sharing that led to the remarkably rapid development and testing of a coronavirus vaccine.

AI as a Superteam Member

Just as a group of people from diverse backgrounds can contribute different and complementary viewpoints, AI even gives superteams a “diversity bonus” according to Using AI to Turn Your Teams Into Superteams, offering “different thinking” that can solve problems, make predictions, and surface other insights not always apparent to humans with a common set of biases and talents.

Here are things to think about as you create your own superteam with AI:
• Think big. Don’t just find ways to improve existing processes and outputs—consider entirely new ones.
• Use AI to break down silos and enable the flow of communication (both human-human and human-machine).
• Make superteams a cross-functional, enterprise-wide priority.
• Focus on upskilling and reskilling to ensure human team members have the complementary skills they need for the future.

Perhaps most of all, it’s important to remember that AI is not a replacement for the human mind, but a partner and a helpmate.

For more on how to ready your workforce for AI and digitization, see Building an Automation-Ready Workforce.

Emerging Insights | workforce solutions | ManpowerGroup
Previous Story
← Sustainable Manufacturing: Understand the Past, Prepare for the Future
Next Story
How to Boost Employee Motivation and Morale Through Learning →

These Stories on Emerging Insights

Let us know what you think

Get in touch with an expert

ManpowerGroup® (NYSE: MAN), the leading global workforce solutions company, helps organizations transform in a fast-changing world of work by sourcing, assessing, developing and managing the talent that enables them to win. We develop innovative solutions for hundreds of thousands of organizations every year, providing them with skilled talent while finding meaningful, sustainable employment for millions of people across a wide range of industries and skills. Our expert family of brands – Manpower, Experis, Talent Solutions, and Jefferson Wells – creates substantially more value for candidates and clients across more than 75 countries and territories and has done so for over 70 years. See how ManpowerGroup is powering the future of work, visit www.manpowergroup.us

The content and opinions represented here should not be relied upon or construed as legal, financial and/or medical advice.

The law is changing literally every single day and can vary from state to state and even city to city. Please consult with your own Legal, HR and Finance resources and consider state and local law variations before making any policy or procedure changes.